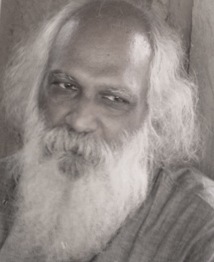 Destruction of nature, culture and life Homogenization of cultures and mechanization, alienation and fragmentation of human beings. Children become the most affected due to the misunderstanding about learning and knowledge. Being ness (quality, knowledge and skill) required to sustain life and to live in harmony is being destroyed and replaced by destructive tendencies. Certainty and confidence replacing tentativeness and humility Disappearance of true beauty as the organizing and operating principle of life. [ Modern education kills creativity, originality, authenticity making them depended on the external authority of books/ teachers etc. The ability to learn, create knowledge and understand autonomously is replaced by total dependence on external sources. The result is that we have a homogenized and standardized culture killing the diversity of human knowing systems. Modern schooling (world view) is based on four fundamental flaws and they are

Cognition can take place only in real world and in real time and senses are the tools that connect us to the reality. Senses can only deal with the ‘now’. In the real world we are sandwiched between the known and the unknown. Unknown being a constant element in the act of cognition reason cannot play any role. Because reason can only deal with what is known! Reasoning and language are for communication. What has been comprehended due to self-organization has semblance of order and this order is misunderstood as if this has been achieved through reasoning. So by decontextualized and textualized education you remove the being who is learning from the context. As we are accustomed to dealing with ready made, second hand knowledge a cognitive rewiring takes place and reason is established as the tool for cognition. No wonder there is no creativity in modern schooling. Talk about creativity is pointless as the creator has been removed from the cognitive act. But mental tricks are misunderstood as creativity. ] Reasoning is also a very dangerous tool as it not only prevents being in the realm of unknown but also is used to argue, appropriate and defend. When reason gets established as the main ability it brings in rigidity, certainty, and fake confidence.

What is learning, knowledge, beauty or aesthetic sense has been the focus of my explorations and working with non literate people has led me to totally different paradigm, paradigm in which learning, beauty and conduct are rooted in the biological basis of life. Two areas of my research has been

I was led to this research seeing the homogenization, cultural destruction, environmental destruction in the modern world and also to confront my own lack of originality, authenticity and cultural rootless-ness. Crucial turning point in my research took place when I started observing how children learn naturally. Recovery of my own natural cognitive process took place once I stopped reading and began to observe without the conceptual biases of modern knowledge system.

Questioning the modern educational paradigm began when one realized one is being re colonized and conditioned to believe in knowledge. Engagement with modern knowledge not only replaces one's own culturally rooted traditional knowledge but also rewires one's world view and even the cognitive system. Living with rural tribal communities helped me to explore knowledge outside the institutionalized frame work of knowledge. Knowing as an alive, organic, contextual, experiential and psycho biological process dawned up on me after I left reading and began to SEE. From imparting knowledge to creating conditions (psychological and physical) for knowing to happen became my area of research and all my work with artisan, children and youth have been conducted with this in mind. Beauty is a major area that needs fresh research as it is being explored within the realm of performance and appreciation where as beauty could be far deeper and more basic aspect of all life for maintaining the inherent order and rhythm. As an organizing principle embedded in life.